How Acupuncture Reduces The Pain That Ails You! 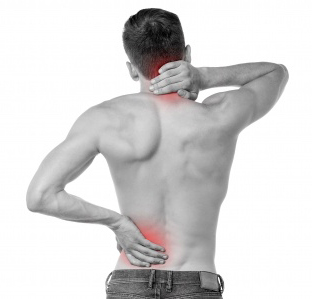 Acupuncture has local and distal effects. Local effects of acupuncture means that when you put acupuncture needles in the exact area of the pain, be it the shoulder or the neck, it relaxes the muscle. Distal effects means that you can needle a point far away from the painful part, or distally, and strongly spark the body’s ability to reduce the pain. In either case, the body is prodded along to deal with the pain.

Acupuncture stimulates neuro-vascular nodes that cause local and distal effects on the body. What that means is stimulating an acupuncture point affects both the flow to nerves and to the blood vessels of the body. The points of acupuncture connect to specific nervous tracts and blood vessels. By inserting a needle into the pained muscle directly, the pain relieving effects are mediated by a substance P.

Substance P does four major things in regards to pain. Substance P is a chemical that is released in the body.

1) It helps to cause the muscle in a specific area to relax.

2) It increases blood flow to the area which speeds up healing by getting the nutrients into the area and cycling out dead debris and blood cells.

3) It attracts endorphins and enkephalins to reduce pain. These are hormones that interact with a certain receptor sites in the brain that reduce our perception of pain and act similarly to drugs such as morphine and codeine. In contrast to the opiate drugs, however, activation of the opiate receptors by the body’s endorphins does not lead to addiction or dependence.

4) It attracts natural steroids of the body for repair and stimulate the immune  response to fight infection and repair tissue.

The Ice Pick in the Rabbit’s Butt

To explain this in a slightly different way imagine that you are a prehistoric rabbit who sat down on a splinter. Now this splinter is a life threatening situation because his movement is compromised. He cannot run away if he is attacked by a large T-Rex.  Secondly, this poor rabbit cannot reproduce, which is what nature has programmed him to do. The pain in his butt will preoccupy him. So even if Ms. Bugs hopped by his neighborhood, he wouldn’t be able to buy her a drink and get to know her better. Poor Bugs!

When a needle is inserted into your painful back or shoulder, it is equivalent physiologically to your brain as if you just got stabbed severely with a splinter. (No we don’t stab you with a splinter nor a needle – read on!)  This is how your brain is processing this action – internally. So the body will mount a response to this perceived threat by sending chemicals, neurotransmitters, and anti-inflammatory substances to heal the splinter. But when these substances actually arrive at the needle site, they are confronted by a single painless needle. Since the all the neurotransmitters are there already, they get to work on saving the body from the needle and in the process, heal and stop pain in that muscle. The needle acts as a stimulus and tracking beacon for the body to home in on the areas of pain by making the body respond as if it were trying to deal with a real threat – the splinter. 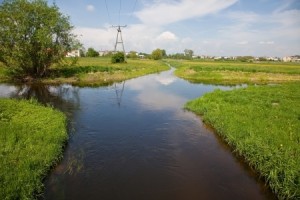 Distal effects means that you can needle a point far away from the pain, either on an arm or a leg for neck pain for example, and reduce the pain. So how does that phenomena work?

In traditional Chinese literature, it mentioned this unique way of treating over 3,000 years ago. After all, why on earth would you want to treat the foot point to treat the neck? Or why would you needle a point below the knee to help improve digestion?

In the Yellow Emperor’s Classic, the first  famous source or “Bible” book for acupuncturists, it states that

Needling far away from the painful area was recognized and talked about thousands of years ago.

Light Switches and the Aborigine 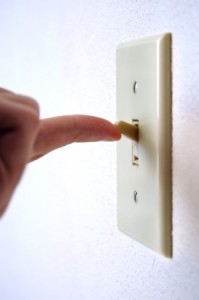 Think of this phenomena as  similar to walking into a room and flipping on a light switch in the presence of an aborigine, who has never seen electricity before. To him, you just performed a skilled miracle and you are elevated to the status of demi-god (now why can’t my family treat me like this?) . To  them, this phenomenon would simply be considered a miracle. The reason the rest of us shrug it off as elementary, is because we are aware of the connection – that is the wire that travels from the light switch into the lamp fixture.

Similarly, there are acupuncture points that follow alongside these broad nerve pathways and their branching connections that exist far away from their origin. These nerves can influence other far away areas of the body through free floating messengers in the blood called neuropeptides. Neuropeptides are proteins that travel in the blood stream and sense what is going on in the body without having to travel up to the brain to ask.

Therefore, acupuncture points have specific connections to areas that can be influenced far away from the needle site.  All that is needed to do is to spark a message along the nerve pathway to light up this connection. Similarly to the light switch, it is simply the connection that we access when needling these points, even though they are not touching those areas.

That is pretty cool! So how does that one work? One possible explanation for this is because when we were in the embryo stage, before we started to develop, the same tissue that formed the brain, later formed the toes or the legs. So even though we don’t look like a small little peanut anymore, we do retain these “original connections” or nerve pathways that were made from the same tissue and later as our body developed. The tissue remnant later made up the different parts of us as we got more and more sophisticated in our physical development in the womb. 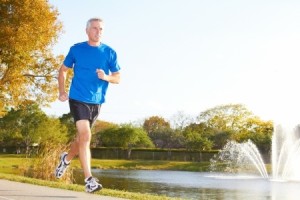 So to summarize, acupuncture has the ability to treat pain by putting needles directly into the site of pain (local needling) or by putting needles at specific sites, far away from the side of pain. Your acupuncturist can decide which method would be most suited to your condition after examining you, taking your history of the condition and understanding the onset of the injury.

So remember, if your acupuncturist needles your right foot for your neck pain, no he is not dyslexic, he is just turning on the light switch.

I returned to this office for pain related to a sports injury. I had pain in the upper body region from boxing and sparing and was not getting relief from the medications prescribed to me from the orthopedist. My most recent injury was preventing me from even raising my arm to brush my teeth as well… END_OF_DOCUMENT_TOKEN_TO_BE_REPLACED

I had an L-5 fracture in my back, a broken ankle and arthritis in both ankles. Pain also existed in my lower back and ankles. I was referred to Integrative Acupuncture from my brother, who is a chiropractor, and through his website. Since seeing Joshua, my sleeping is 80% better. My lower back pain … END_OF_DOCUMENT_TOKEN_TO_BE_REPLACED

I cannot begin to thank Joshua enough for his help. My experience and results with him were wonderful. He is not focused on just helping you ameliorate your specific problems, but he also looks at everything else going on with your body rather than just one piece of you. He genuinely wants to help y… END_OF_DOCUMENT_TOKEN_TO_BE_REPLACED

When I first came into see Joshua, I had pain in my foot from running. Previously, I had tried icing, rest, and stretching. When I tried the services from Integrative Acupuncture Center, I noticed the results were incredibly helpful. After just two sessions all pain in the targeted area was gone and… END_OF_DOCUMENT_TOKEN_TO_BE_REPLACED

I have suffered from headaches all of my life between four to five times per week. I have gone to physicians and have only been prescribed medications for my headaches. The results were always the same, and I always felt foggy due to the medication. I was referred to Joshua’s office through a frie… END_OF_DOCUMENT_TOKEN_TO_BE_REPLACED