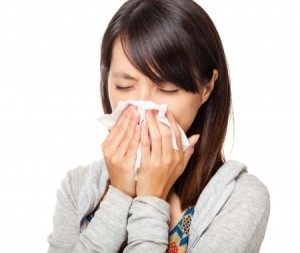 If you have allergies, you might blame the allergens — the pollen in the air, your best friend’s cat — for your symptoms.

But most allergens are themselves harmless innocents. What really causes allergic reactions is your own immune system. It mistakes these innocuous allergens for a serious threat and attacks them. The symptoms of an allergy are the result of a body’s misguided assault.

According to Chinese medicine: Allergies relates to a weakened immune system. Got any “Wei”?

According to Chinese medicine, allergies are a result of the immune system being weak. It is specifically related to a branch of the immune system that is said to circulate between the skin and the muscles, superficially along the exterior of the body. Think halo effect from the muscles outward. This Wei energy, isn’t whey protein but rather the superficial expression of the immune system and it is located between the skin and the muscles. It is responsible for the opening and closing of pores. When your immune system becomes weakened the body is unable to “shut the pores” and allergens can enter the sinus cavities and the skin causing the classic symptoms of swelling, redness and itching. Building up immunity, or Wei energy is critical to helping the body desensitize and react less to the antigen.

Acupuncture is helpful for treating the sinuses. Acupuncture points can be chosen to decongest the painful sinuses, and also stimulate the immune system of the body so it can better resist the allergens.

Benefits of Acupuncture and Chinese Medicine for the Treatment of Allergies

2. Treats the root cause of the allergies: It stimulates the immune system to strengthen it and make it stronger in resisting allergies.

3. No Side Effects: Acupuncture has no side effects like antihistamine-medications so it will not make you drowsy nor cause other side effects. Since no medication is injected through the needles, it has no adverse side effects and can be used safely when concurrently taking medication.

What the Studies Say About Acupuncture

Acupuncture study shows acupuncture effective in treating allergies compared to the placebo group. In a study published in the Annals of Internal Medicine, researchers divided 422 patients around the country into three groups. One group received 12 acupuncture treatments in eight weeks. Its participants were told they could take anti-histamine to treat allergy symptoms as needed. A second group could also take medications but received an acupuncture placebo – needles inserted randomly rather than in specific acupuncture points. The third group treated allergies with antihistamine only. http://www.webmd.com/allergies/guide/chronic-allergies-causes 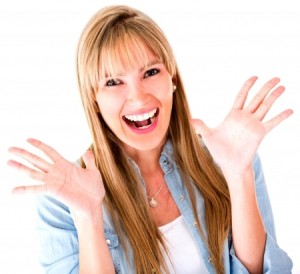 Acupuncture reported the most improved symptoms and the least use of medication. However, the authors warned that the improvements in this group were modest compared with the antihistamine-only group. Two months after treatment ended, there were no differences between the two groups.

The sham acupuncture patients also reported some relief – though not as much as the group with real acupuncture – leading scientists to call for more research into the placebo effect. But whether acupuncture’s allergy benefits are real or perceived, the study pointed out that about 18 percent of allergy sufferers in the United States already use acupuncture to ease symptoms or complement other treatments.

A study in the September 2004 issue of Allergy has concluded that a combination of Chinese herbs and weekly acupuncture sessions may be more effective than a placebo at relieving the symptoms of seasonal allergic rhinitis. In the study, a total of 52 patients between the ages of 20 and 58, all diagnosed with seasonal allergic rhinitis, were treated with acupuncture or fake acupuncture (sham acupuncture). Additionally, these same patients were given an anti-allergy herbal formula or a fake/sham acupuncture herbal formula. The results of the study showed the following:

2- Intake of anti-allergy drugs usage dropped dramatically among the ones receiving acupuncture and Chinese herbs for allergies. Only a slight decrease was found in the control group.

“We could show that this treatment was efficacious in improving global severity rating and in affecting disease-related quality of life parameters after 6 weeks of treatment when compared with sham needling plus a non-specific herbal formulation. Taking into account the above-mentioned limitations of the study, we conclude that acupuncture plus Chinese herbal formulations may offer relief in patients with seasonal allergic rhinitis. Our findings support further investigations of acupuncture and Chinese herbal medicine in this and other diseases.”

What You Need To Know About Acupuncture For Anxiety Before Starting

1. Acupuncture has no side effects like drowsiness associated with anti-histimines. Since no medication is injected through the needles, it has no adverse side effects and can be used concurrently with medications.

2. Give the process an honest effort, and at least several treatments before you decide if it helps or not. Taking time to build the immune system in the long run is the only way to resist allergens. Be realistic!

3. Find the right acupuncturist! Acupuncture is more than just needles. You need to be able to relate to the acupuncturist as a person.

I returned to this office for pain related to a sports injury. I had pain in the upper body region from boxing and sparing and was not getting relief from the medications prescribed to me from the orthopedist. My most recent injury was preventing me from even raising my arm to brush my teeth as well… END_OF_DOCUMENT_TOKEN_TO_BE_REPLACED

I cannot begin to thank Joshua enough for his help. My experience and results with him were wonderful. He is not focused on just helping you ameliorate your specific problems, but he also looks at everything else going on with your body rather than just one piece of you. He genuinely wants to help y… END_OF_DOCUMENT_TOKEN_TO_BE_REPLACED

I have suffered from headaches all of my life between four to five times per week. I have gone to physicians and have only been prescribed medications for my headaches. The results were always the same, and I always felt foggy due to the medication. I was referred to Joshua’s office through a frie… END_OF_DOCUMENT_TOKEN_TO_BE_REPLACED

I had an L-5 fracture in my back, a broken ankle and arthritis in both ankles. Pain also existed in my lower back and ankles. I was referred to Integrative Acupuncture from my brother, who is a chiropractor, and through his website. Since seeing Joshua, my sleeping is 80% better. My lower back pain … END_OF_DOCUMENT_TOKEN_TO_BE_REPLACED

When I first came into see Joshua, I had pain in my foot from running. Previously, I had tried icing, rest, and stretching. When I tried the services from Integrative Acupuncture Center, I noticed the results were incredibly helpful. After just two sessions all pain in the targeted area was gone and… END_OF_DOCUMENT_TOKEN_TO_BE_REPLACED