Since the early seventies, studies around the globe have suggested that treating mental health disorders with acupuncture has a positive and holistic effect on depressed patients, particularly when used in combination with psychotherapy and herbal treatments.Psychologist John Allen, from the University of Arizona in Tucson, and Acupuncturist Rosa Schnyer, conducted the very first pilot controlled study on treating depression symptoms with acupuncture in the Western scientific world. In a double blind randomized study, 34 depressed female patients who met the DSM-IV diagnostic criteria were assigned to one of three treatment groups for eight weeks.The first group received acupuncture treatment specifically tailored to their depression symptoms. The second group received a general acupuncture treatment not specific to depression, and the third group was placed on a waiting list for acupuncture treatment, but received no treatment. Those in the tailored acupuncture treatment group experienced a significant reduction in symptoms, compared to those in the non-specific treatment group. Moreover, over 50% of the participants no longer met the DSM-IV diagnostic criteria for depression after the study.Study findings suggest that using acupuncture alone could be as effective as other types of treatments for relieving depression symptoms typically used in Western medicine, such as psychotherapy and drugs.Numerous studies have demonstrated the substantial benefits of acupuncture specifically in the treatment of stress.In 2008 Anesthesia & Analgesia published a study finding that an acupuncture point alleviated preoperative anxiety in children while a 2003 study conducted at Yale University showed that ear acupuncture significantly lowered the stress level of the mothers of children that were scheduled for surgery.A German study published in Circulation found acupuncture significantly lowers both systolic and diastolic blood pressure. The extent of the blood pressure reductions by acupuncture treatments was comparable to those seen with anti-hypertensive medication or aggressive lifestyle changes, including radical salt restrictions.The University of New Mexico measured the affects of acupuncture on 73 men and women with post-traumatic stress disorder (PTSD). The researchers found the acupuncture treatments to be as helpful as the standard treatment of cognitive behavioral therapy.If the stress or depression in your life is throwing you off balance, consider acupuncture therapy to regain peace of mind, regulate your immune system and stay healthy. In conjunction with psychotherapy it can enhance the therapeutic beenfits. 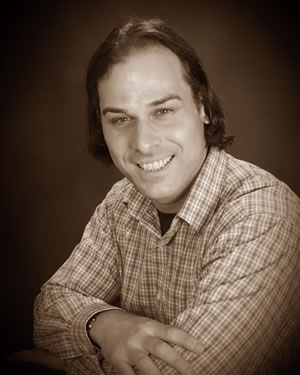 My purpose is to help as many people as I can, healthy or not, by improving the quality of their lives. In Chinese medicine, there is an emphasis on addressing the underlying cause(s) of disease. It is in this spirit that I practice, motivating people to make shifts in their thinking as well as shifts in their bodies so they can make lasting positive changes in their health and their lives.
Read More

I have suffered from headaches all of my life between four to five times per week. I have gone to physicians and have only been prescribed medications for my headaches. The results were always the same, and I always felt foggy due to the medication. I was referred to Joshua’s office through a frie… END_OF_DOCUMENT_TOKEN_TO_BE_REPLACED

When I first came into see Joshua, I had pain in my foot from running. Previously, I had tried icing, rest, and stretching. When I tried the services from Integrative Acupuncture Center, I noticed the results were incredibly helpful. After just two sessions all pain in the targeted area was gone and… END_OF_DOCUMENT_TOKEN_TO_BE_REPLACED

I had an L-5 fracture in my back, a broken ankle and arthritis in both ankles. Pain also existed in my lower back and ankles. I was referred to Integrative Acupuncture from my brother, who is a chiropractor, and through his website. Since seeing Joshua, my sleeping is 80% better. My lower back pain … END_OF_DOCUMENT_TOKEN_TO_BE_REPLACED

I returned to this office for pain related to a sports injury. I had pain in the upper body region from boxing and sparing and was not getting relief from the medications prescribed to me from the orthopedist. My most recent injury was preventing me from even raising my arm to brush my teeth as well… END_OF_DOCUMENT_TOKEN_TO_BE_REPLACED

I cannot begin to thank Joshua enough for his help. My experience and results with him were wonderful. He is not focused on just helping you ameliorate your specific problems, but he also looks at everything else going on with your body rather than just one piece of you. He genuinely wants to help y… END_OF_DOCUMENT_TOKEN_TO_BE_REPLACED